The Combinator was my and Duran "El_Cabaro" Coleman's entry for Ludum Dare 35. The theme at the time was "Shapeshift", and somehow we determined that a Terminator parody who punches enemies to gain their powers would be funny. I know we tossed around some other ideas like a room that shapeshifts in a Zelda-style dungeon explorer, but in retrospect I'm glad we didn't.

The game is an action platforming RPG in the style of Zelda 2 but with turn based battles where you can capture the elemental abilities of enemies. The game's a little repetitive and challenging due to respawning enemies and long battles but eh, I still like it.

The whole game has this really cheesy art style that looks like it's done entirely in MS Paint, and I actually think it looks kinda charming. Duran did the portrait of the Combinator and we spent a solid few minutes just cracking up at it once we animated the hair. Check this game out, it's probably the most "polished," and game-like game we've put together for a Ludum Dare besides DigQuest. 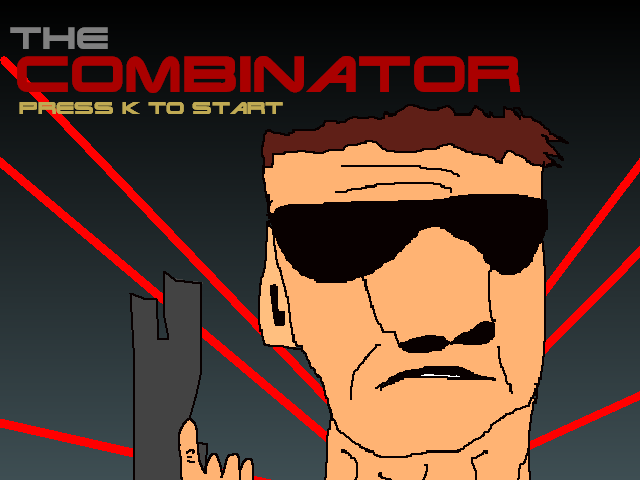 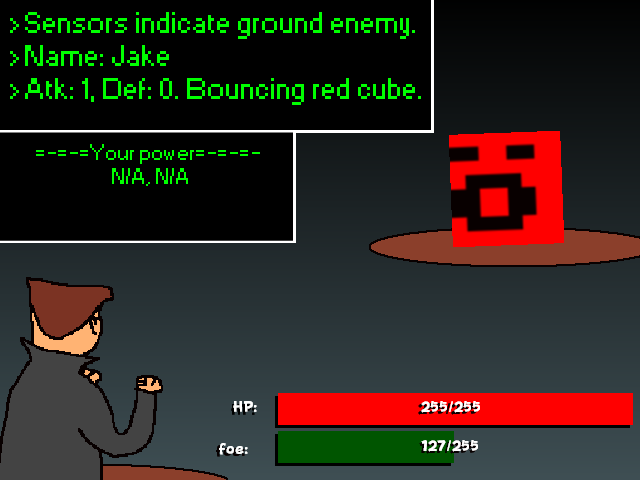 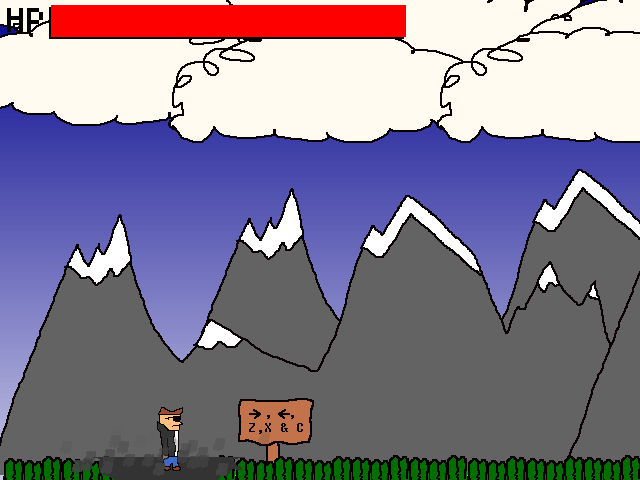