Difference between revisions of "CoinSlot"

Coinslot was my and El_Cabaro's entry for Ludum Dare 31, where the theme was "Entire game on one screen." The concept wasn't so much a game as it was just an interactive toy where players build pipelines which carry coins from entrances to exits on the grid as entertainingly as possible. The twist was that players would then upload their inventions to "the cloud" and it would connect all the pipes together into a giant machine with coins flying everywhere through everyone's machines.

It actually did work, and looked awesome-- with a few caveats:

For a brief moment though it was breathtaking, and was featured in a video by Dietrich Epp

Needless to say this game was heavily inspired by the Blue Ball Machine, and an old Ed Ed n' Eddy flash game. 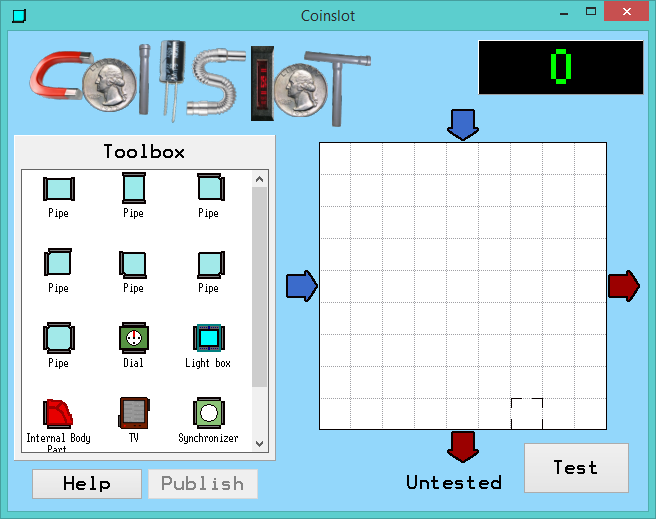