hUGETracker is a music tracker program for the original Game Boy, focused on ease of use, compact output, and embeddability in homebrew Game Boy games. 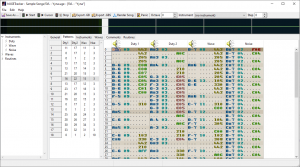 hUGETracker's interface is based on OpenMPT, and should be easy to use if you're familiar with it or any other tracker software. hUGETracker can export .GB ROMs for playback on an emulator or real hardware, and .GBS files for playback in software such as Bleep! 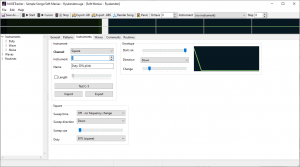 Compared to other music composition software for the Game Boy such as LSDJ or DefleMask, hUGETracker aims to serve as a middle-ground between the complexity and CPU time of LSDJ, and the compactness of GBT Player. hUGETracker is much more versatile than GBT Player yet retains a very fast playback routine and compact output size, suitable for use in a homebrew Game Boy title, unlike LSDJ and DefleMask.

hUGETracker comes with a fully descriptive manual that can also be found here! 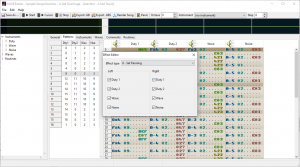 hUGETracker's sound engine, hUGEDriver, is used in commercial Game Boy titles such as:

And many other homebrew releases, such as:

Check out the source code